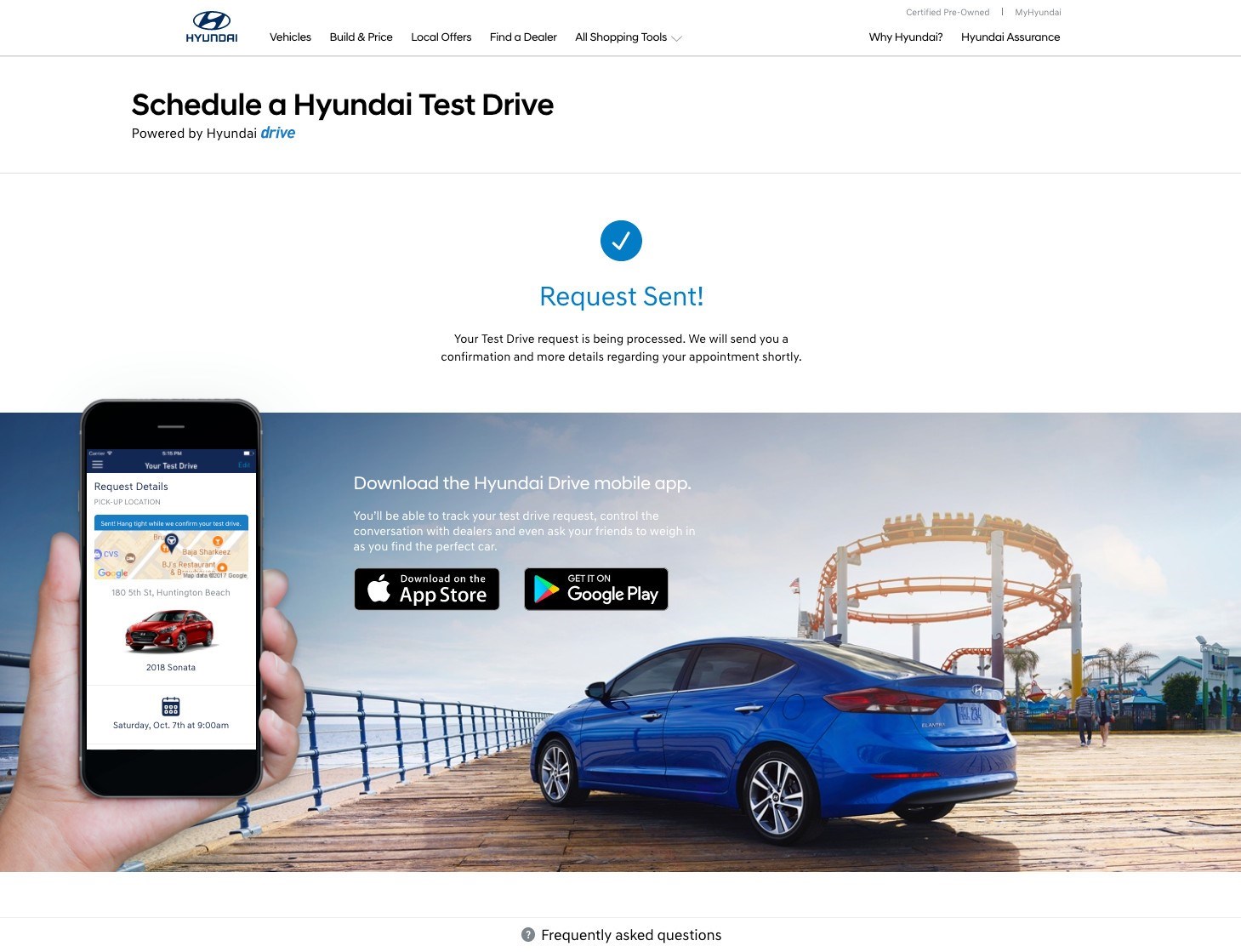 New Hyundai Car-Buying Program Should Be Adopted By Entire Industry

According to a recent announcement by Hyundai, the company is planning a bold new program, designed to make the car-buying process through Hyundai dealerships faster and easier.

The program is called Shopper Assurance. Its tagline is “Car buying made simple.” It features four elements that Hyundai hopes will generate additional sales from a marketplace of consumers who place a premium on saving time when it comes to buying a car. The four elements are:

Sounds pretty good, doesn’t it? Hyundai is starting out with a test of Shopper Assurance in Texas and Florida, using selected dealers in Houston, Dallas, Miami, and Orlando. If Hyundai can successfully put this program into place at all of its dealers across the country, it could give them a huge advantage.

Everyone On The Bandwagon!

If Hyundai’s Shopper Assurance takes off, it could create a buzz around the entire brand. Other manufacturers would be very likely to jump on the bandwagon. This could really change the entire car-buying experience from an unfortunate ordeal to a very pleasant process. And that would truly be an awesome thing. But that’s a very big “If.”

What Would The Dealers Have To Give Up To Make Us Happy?

Most auto dealers have a strongly held belief that the longer they keep a buyer in the showroom, the more money they can make on the sale. They often make you wait, make you tired, and ultimately wear you down. They confuse you with too many numbers, then keep changing them. They try to sell you things that you don’t want or need, just to boost their profits.

Sad to say, it works beautifully. Is it realistic to expect that they will be willing to change their behavior and give up all that profit just to make us happy?

Hyundai thinks so. And their dealers are some of the worst offenders.

Somehow, Things Will Have To Change

Consumers are sick and tired of being taken advantage by dealers. Hyundai’s Shopper Assurance is a great idea, and we sincerely hope that it generates excitement and increased sales in its test markets, and is then rolled out nationwide to great applause. But hope is not a strategy.

Whether or not Shopper Assurance works out for Hyundai, there will be other retail sales models coming. Tesla has been using its direct-to-the-public sales model for several years, with varying degrees of success.

And within a few years we will also be seeing several Chinese manufacturers entering the US market with their new vehicles. The Chinese will not be tied to an existing franchised dealer network, so they will be free to explore other ways of “moving the metal.” Selling cars through Wal-Mart? Ordering online, with free delivery to your home from Amazon? The future will be very interesting for car buyers!

5 Of The Best Car Lease Specials Available For November